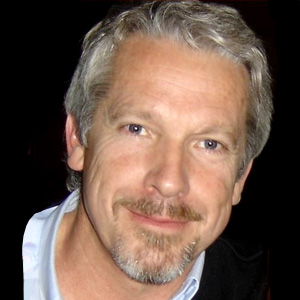 With a background of 30 years in the IT industry, his own IT services company and a strong personal interest in the Performing Arts, when The Court Theatre approached him to join their Board of Trustees he was pleased to be able to bring to their management team some of his experience in Information Technology. He went on to serve on the Board for 12 years, the last 4 as Vice Chairman.

When in 1997 they decided to build their own booking system he helped them specify what they were looking for, and then when there was no-one prepared to develop the system, set about coordinating a team of developers to make it happen. He has been doing that ever since.

PatronBase came about because The Court Theatre in Christchurch, New Zealand felt that their previous computerised booking system was not meeting their needs. After looking at a number of internationally used ticketing systems, they decided to develop their own. This decision was driven by the high real costs associated with the products available and because these products focused on Ticketing rather than on being a tool that would allow the theatre to develop a better relationship with their Patrons.

The initial software development process took nearly two years, with the implementation happening in May 1998. Since then, while the Court Theatre has processed millions of tickets, we have spent those years refining and enhancing the system based on feedback from the management and Box Office staff of more than 200 customers throughout New Zealand, Australia, Republic of Ireland, United Kingdom, Spain and the United States.

PatronBase. Build an audience your way.

Meet the Other Territories

We don't yet have a partner in this country. But if you would like to talk to us about partnering with PatronBase or joining our community of venues, we'd love to have a chat about how we can help.

We're proud to support the PatronBase community within the UK and Ireland.

We're proud to support the PatronBase community within the UK and Ireland.

New Zealand is where it all started.

PatronBase Australia has a new Partner but the same faces. Support continues with Brad Morris, with extended support across Australasia.

PatronBase Spain is run by Alvaro Sarmiento, a professional with over thirty years’ experience in the field of performing arts, including significant roles in the fields of marketing, venue management, production, distribution and exhibition. In recent years his work has focused on the use of technology in cultural management, focusing his activity in ticketing and electronic marketing activities. Álvaro has studied Economics and Hispanic Studies in his native Madrid and has a Masters in Performing Arts Management from New York City as a Fulbright scholar.

We're proud to support the PatronBase community within Canada.